Google vs Bing, which do you use?

If you’re like me, the Google vs Bing controversy isn’t even a conversation, as Bing is not on our radar when it comes to search engines. Even though it’s Microsoft’s search engine, I’ve been a ‘Googler’ for as long as I can remember and – truth be told – I somewhat assumed that Bing would have gone the way of the Dodo Bird by now.

However, it seems that Bing isn’t going to be extinct anytime soon, and in fact it’s actually a legitimate competitor for Google when it comes to being, “The people’s search engine of-choice”. Bing is also holding its own when it comes to being a destination for Search Ads, and it seems there’s a good number of reasons why some businesses are still considering Bing in this regard.

Currently, Google owns 65% of market share for US searches, but that’s down from 72% since 2010. Where’s that 7 percent gone? You guessed it – Bing’s had the most growth over the last year, moving up to 19.7% (in part continuing to be buoyed by Microsoft’s acquisition of Yahoo a good number of years ago).

All of that’s good to know, but those statistics themselves are not really relevant for a business owner trying to decide on where their money will be best spent for search ads. The searches are going to be made (in the billions, Google alone sees more than 4 billion of them each year) en masse, so it’s really more about understanding what about them makes either search engine a better choice, rather than vice versa. So Google vs Bing, who is the winner?

Photo by Tim Gouw on Unsplash

In addition to their 65% share of the US market, Google has a massive 80% share of the search market in Canada, and a similarly large majority of the share in all countries worldwide except Russia, China, South Korea, and Japan. Notably though, 85% of Bing’s nearly 20% of overall searches are conducted from the United States, and 87% of them come from Internet Explorer.

If you’re done chuckling, you can now keep in mind that Internet Explorer is still the default search engine for a Windows device, and Windows devices remain very popular both in the States and Worldwide.

So what can we read into this? It’s a clear reflection that most Bing users are:

Each of these are true, and the last 2 points directly support the first one.

The relevance of these findings and how they support Bing’s validity as a search engine destination should be very easy to identify. The blue-collar, over-35 working middle class crowd makes up a HUGE part of the purchasing public in America and it would seem that – because their PC came with Bing as the default search engine – more often than not Bing is their search engine.

Google has a lot more volume of people doing searches and holds more of the market share in all countries except Russia, China, South Korea and Japan. Research suggests that Google users are:

So if your products and/or services necessitate that you create a large scale or worldwide campaign, Google’s your guy. But if you have ones that are likely to be best targeted to US customers, Bing definitely warrants consideration. This will be particularly true if you are marketing something like pontoon fishing boats, for example. That’s a product that’s going to be searched for by older, male buyers predominantly, and guess who very likely hasn’t even considered installing a different web browser…

Photo by Christian Stahl on Unsplash

Then there’s the aspect of wanting to get as much as you can for your advertising dollar. Google is much more expensive for CPC (cost per click) rates, rising 26% since 2012 and expected to continue to rise. Conversely, Bing’s current CPC rate is nearly 0.75$ less, 33.5% less expensive overall and clearly offering a much more appealing cost-per-lead rate. That’s really something to take into consideration, especially if you meet the aforementioned criteria for a certain product or service that goes with an older demographic.

Google’s Adwords system is extremely more user-friendly and intuitive as compared to Bing, meaning it’s much easier to optimize your campaigns. However, Bing allows you to assign different campaigns to different time zones – something Google does not. It means ad scheduling strategies are much easier to manage, and in particular if you’re reaching out internationally.

Bing also has better device targeting options, and in particular for zeroing in on mobile users specifically. Google limits you to enhanced campaigns where you must target all desktop, tablet, and mobile users equally. Though this may change in the near future, as of now Bing user continue to be able to exclude desktop and tablet traffic from their campaigns.

Google has a much larger display network of websites, and both search engines offer you the ability to target your ads to demographics. You can control gender and age demographics at the ad group level for both Google and Bing search ads, but only Bing allows you to do so on the campaign level too. One thing Bing does exclusively is that it uses data from social media networks to learn about your behaviours, and their use of social extensions (like listing your number of Twitter followers in ads) is something else we like.

And Your Winner is… 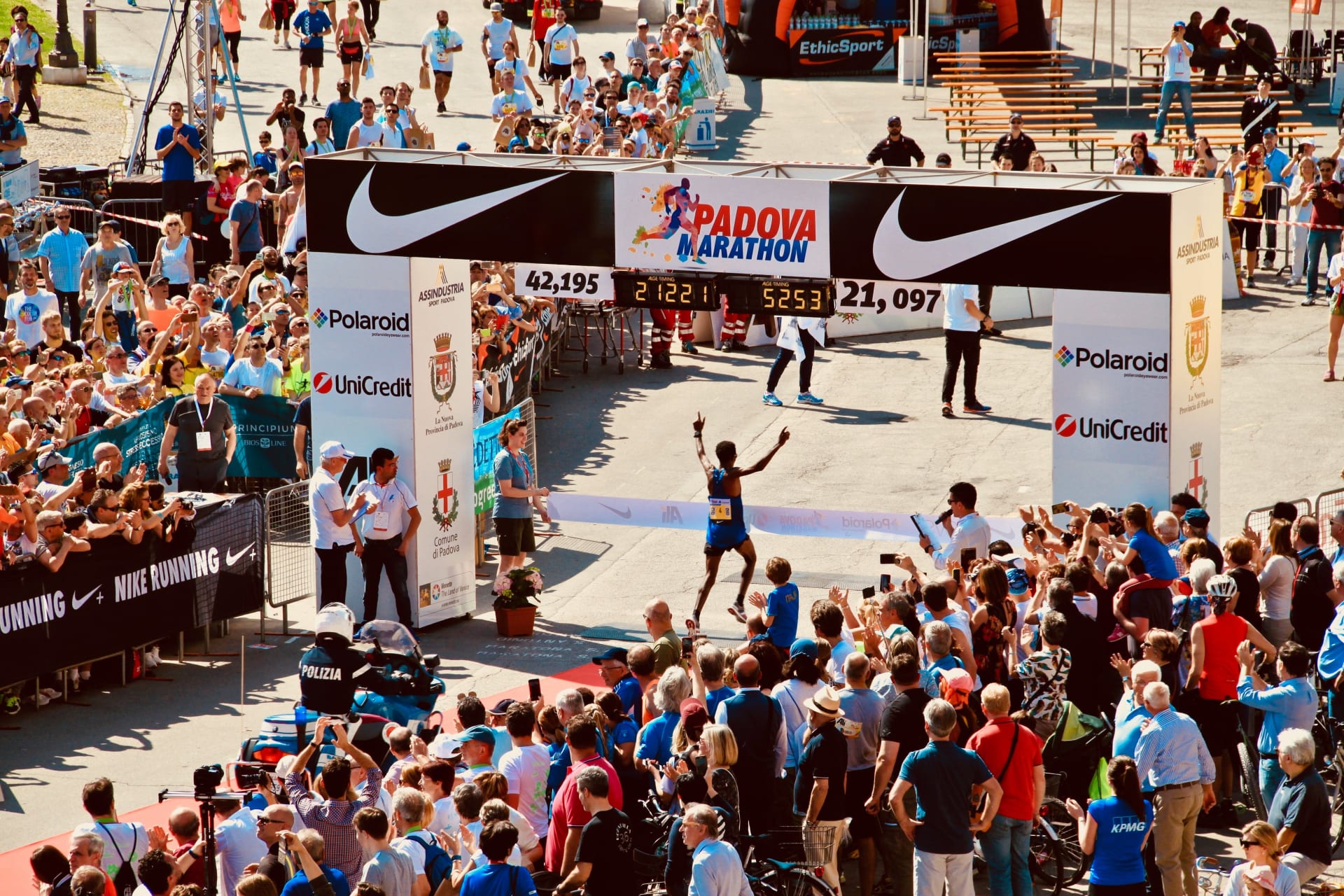 When it comes to Google vs Bing as stated, it really depends on you, your business, and your campaign objectives, but as a general rule this is how we’ll lay it out.

For volume of leads and a more globally-focused campaign, Google is likely a better choice.

For quality of leads rather than number and US-based campaigns, Bing may be better, and that at the very least it will be worth considering.

Here at War Room, we’ve got the means of determining which search engine in the Google vs Bing debate will be best for you. Contact us and put our expertise to work optimizing your ads and directing them for maximum effectiveness.

If you’re looking for ideas or content to inform your programmatic ad strategy, or to justify moving to a new Demand Side Platform (DSP) for improved results, this post is a solid resource.The benefits of programmatic media buying for your brand.More specifically,...

Content is one of the most important things brands need to thrive in the digital world.It helps companies in different ways, such as building trust, increasing brand awareness, driving website traffic, and even generating leads. In this digital world, content has now...

Ch-ch-changes: recently, there’s been a lot of technology innovations and policy changes shaking up the ad tech landscape, including the introduction of the Google Privacy Sandbox.Recently, movers and shakers of the internet age, such as Apple, are moving towards...

« Older Entries
What We Do
Programmatic Advertising is our specialty. Find out what sets us apart!
Brand Safety
Brand integrity is important for every company. Learn how we protect yours
SCORE Method
Find out how our winning methodology can elevate your digital strategy
What's New

How to Choose the Right Advertising Channels
Read More > 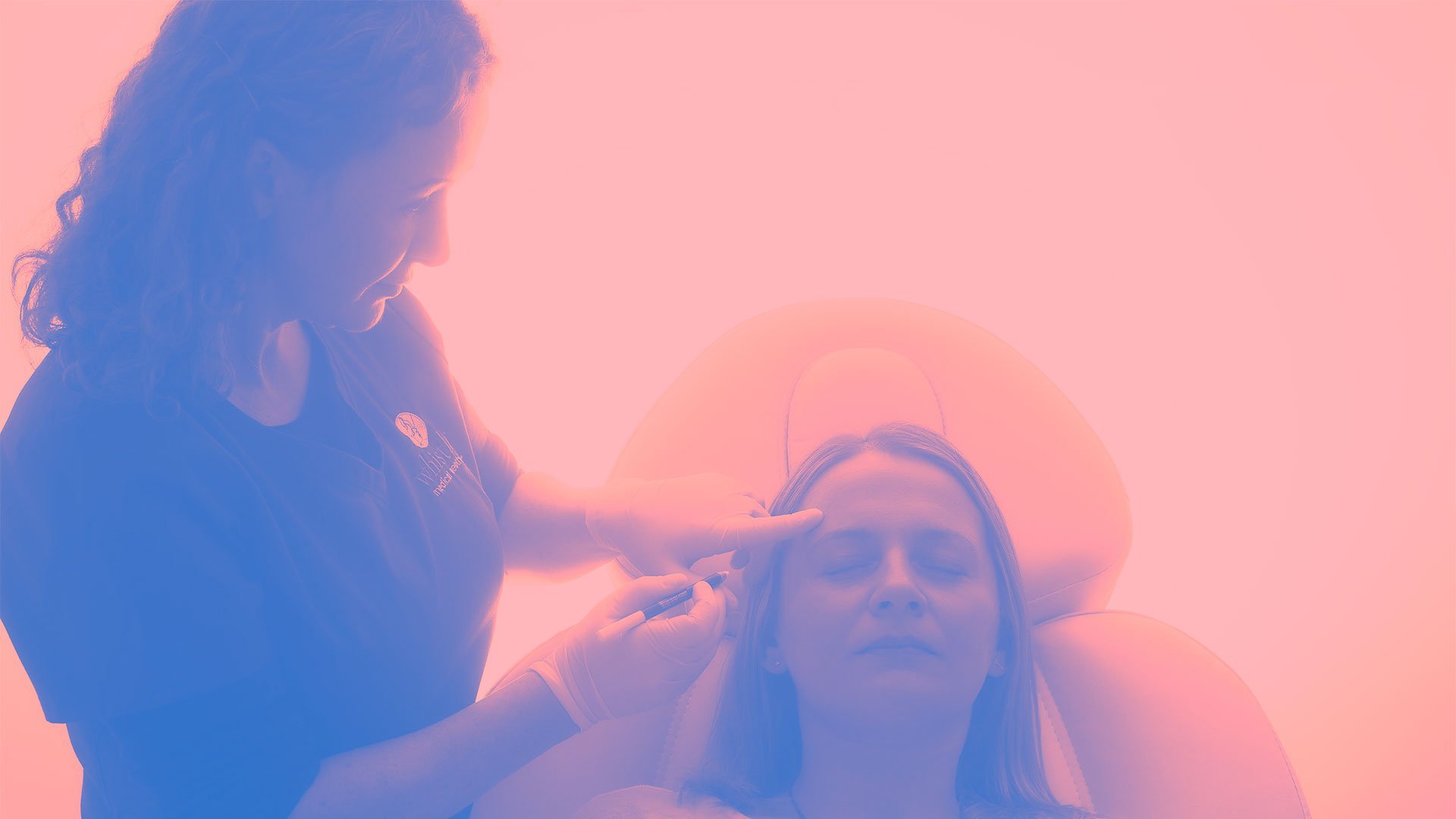 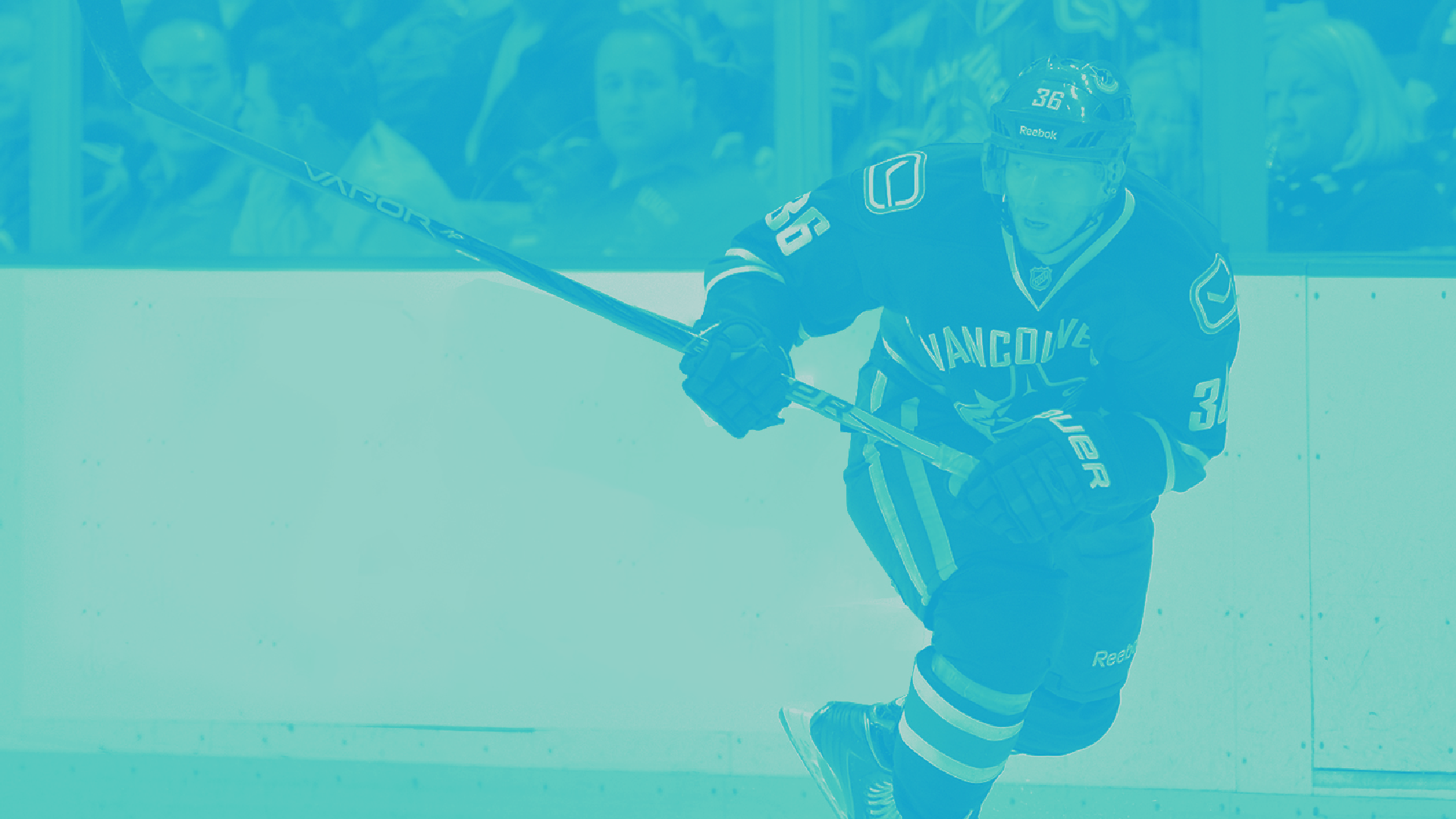 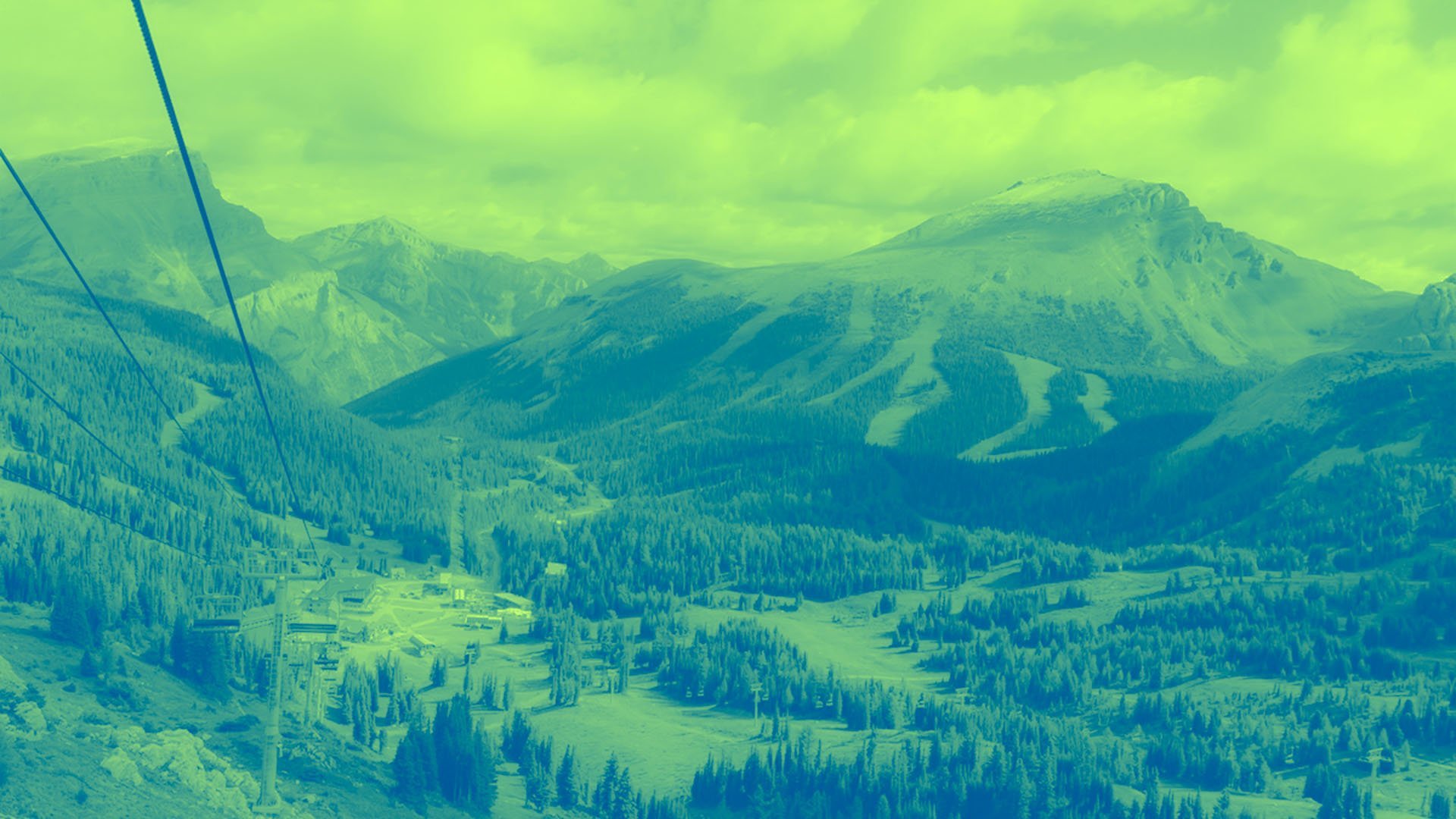 Do I Need a Marketing Agency or Advertising Agency? What’s the Difference?
Read More >
View All Case Studies
Meet Kedet
Learn more about Kedet, our proprietary programmatic ad tech platform.
Klick & Mortar
Got a physical location? Track and attribute physical visits to ad dollars!
Kedet Kares
Learn about our in-house charity initiatives. Give back to your community today!
What's New

What Is Programmatic Advertising?
Read More >
Blog
All you need for digital marketing: tips, news, guides & all things programmatic
Resources
Download our beautiful and useful infographics, eBooks & other goodies
Programmatic 101
Up your marketing game with our handy content, which covers Advertising 101
What's New 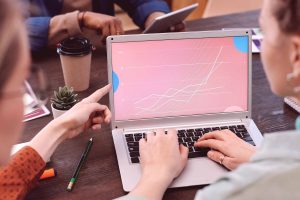